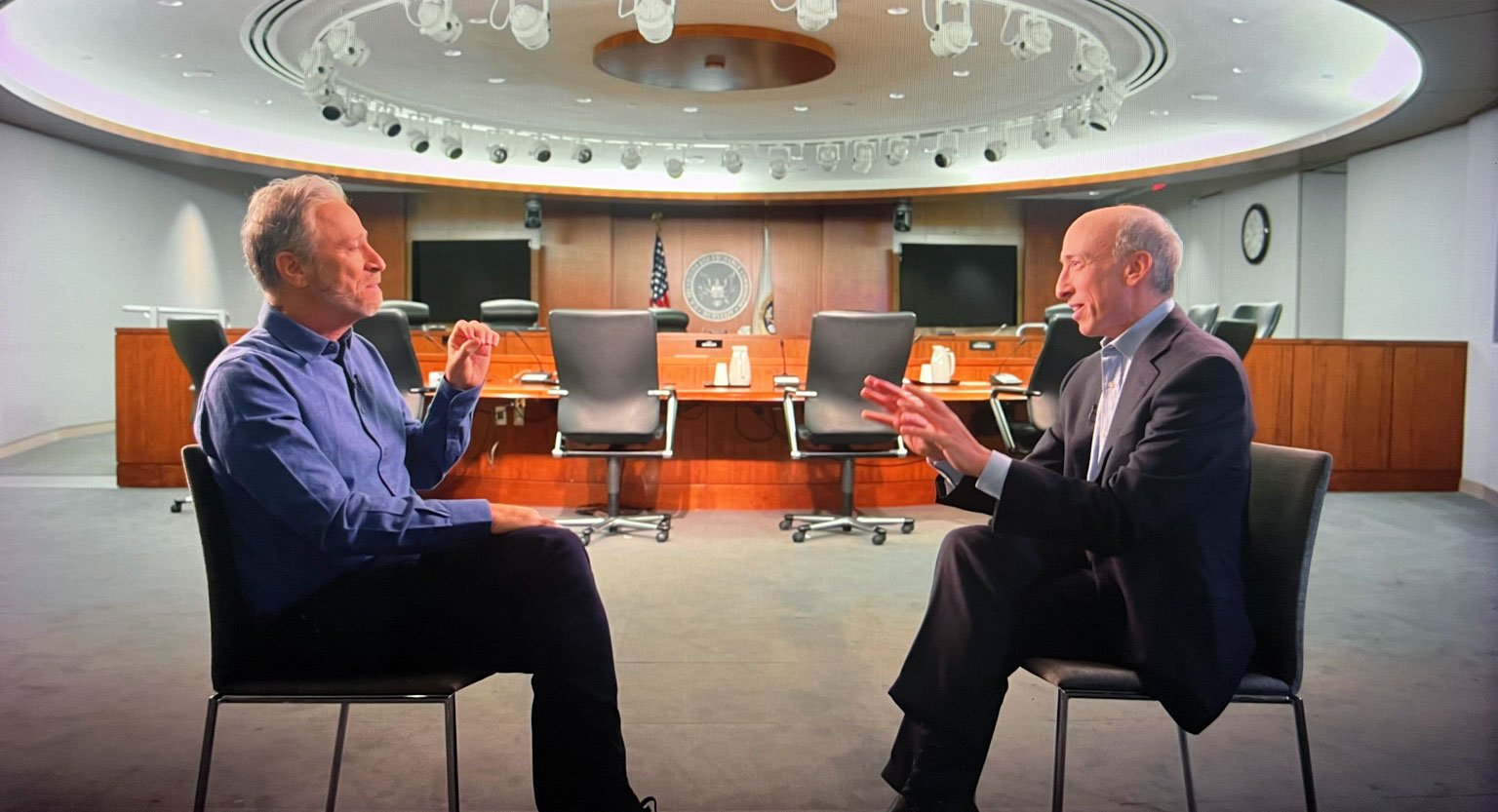 The Problem With The Stock Market

Nine months ago, the apparent gestation period for the Youtube AI algorithm to become intelligent and push relevant videos out to me, Jon Stewart grilled SEC chairman Gary Gensler on the problem with the Stock Market.

In full transparency, I sided with Gary on the make-believe of crypto when everyone fell for it and sided with SEC commissioner Hester M. Peirce on the flawed truths of ESG finance programs when most self-proclaimed world-savers jumped on the bandwagon. Unlike Elon Musk, I do not disagree with everything the SEC does. We can only evaluate them on the role they have been given and not expect them to reinvent the efficacy of finance.

A somewhat uncomfortable, glass-eyed-looking Gary answered Jon’s piercing questions in a way a king defends his castle. After acknowledging many embarrassing problems and losing public trust in the stock market, Gary tells Jon he still believes in the stock market system. Never mind how I explained many years ago how the stock market is not a free-market system. Gary now relies on whistleblowers to provide the post-mortem infraction corrections a preestablished theory ought to provide.

Gary’s answers are compatible with his pay grade. We can yell at the soccer referee if we do not like his whistleblowing but do not expect him to devise ways to redefine the game of soccer. He is, after all, hired to regulate the stock market, not to change its gameplay. He is merely a referee of finance gameplay preordained and to optimize its implementation downstream.

Gary is not hired to reinvent the efficacy of the stock market upstream or to question whether the “system” is meeting marketplace participants’ needs because that would require adopting a method, defining a theory embedded in a system that uses a selection of input to produce the desired output.

The Stock Market is a system like a weather system, a grandiose misnomer. And thus, no desired collective output can be inferred or expected.

We face the same problem in healthcare and other constructs that are failing the American people. Setting up a marketplace for healthcare without a theory that clearly defines the selection of input to produce the desired output is a runaway train, fundamentally incapable of reducing cost. In that specific case, we must first improve the responsibility for our own wellness and focus on how we restrict the use of healthcare to non-chronic calamities.

Put differently; you cannot ensure the effectiveness of a system when non-discretionary input is used. In the same way, the system of a combustion engine uses a theory that produces optimal torque from one type of fuel only.

The conversation with Jon Stewart highlights how America is failing the world with systems of supposed excellence that are not, markets of make-believe that are confounded with marketplaces, and ballooning inefficiencies from having evolved downstream only. For that reason, we developed EVA. Not just as the foundation for a guiding theory of finance but as a first-ever guiding theory for humanity the American people and the world can depend on.