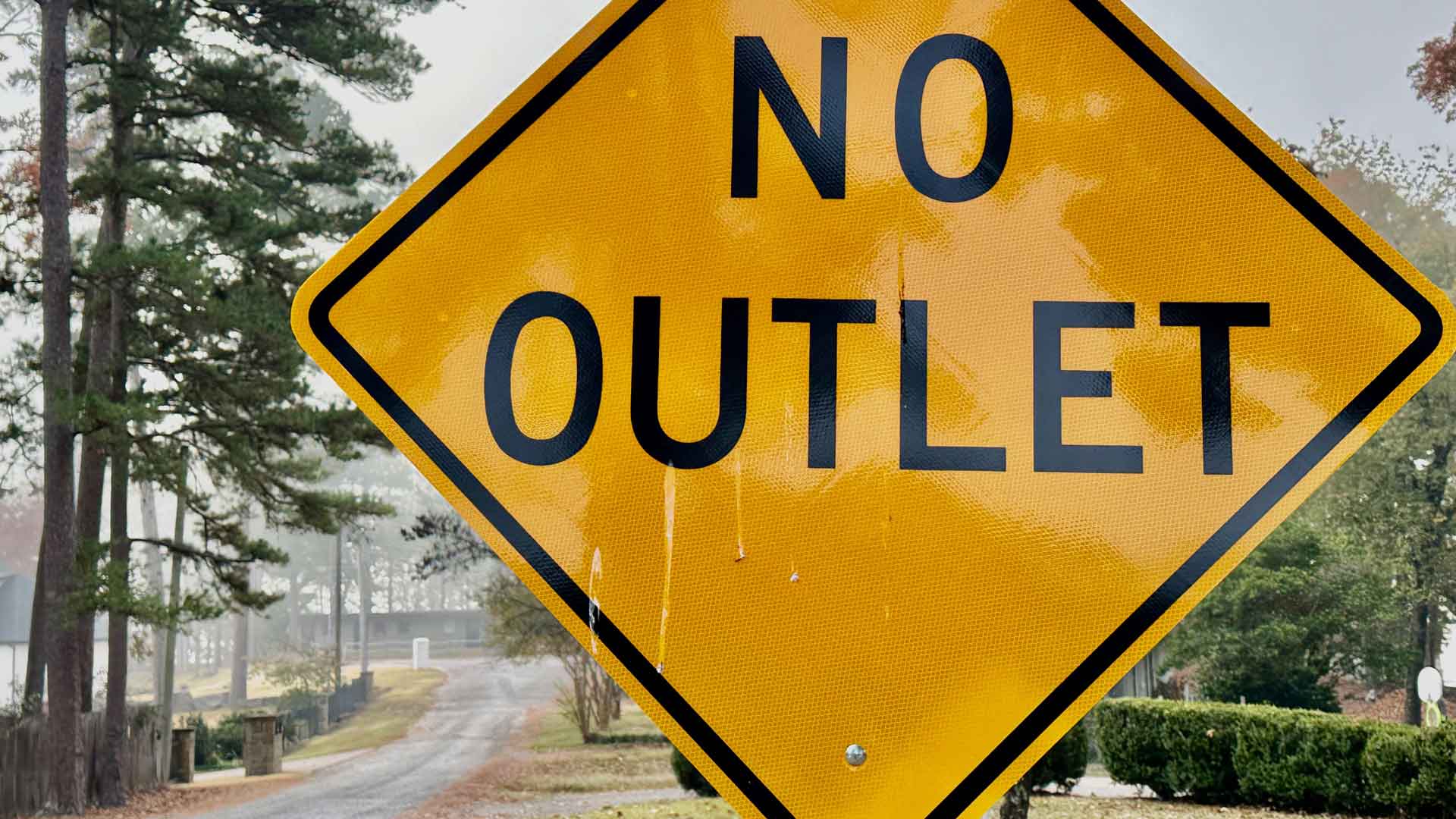 We Can And Must Do Better Than Democracy

Whether you vote as a democrat or republican does not matter. For both parties ascribe to outdated dogmas. Manmade dogmas we now know to be incompatible with the first-principles of nature and, as such, deflate the strength of human renewal needed to combat the challenges posed by the irreversible decline of available energy we call entropy.

To vote for our current democracy is the right we grant ourselves to buy into downstream change sold as upstream change, the essence of unchange.

Now, I am often confronted with people who believe democracy is the best thing since sliced bread but, when questioned on their beliefs, hardly know how “it” works. Many cannot explain the workings of the executive branches, the powers of the President, or the role of the Supreme Court, let alone the legislation at hand. They vote for something alright, like herds of cows.

They keep voting for the perpetual regurgitation of constructs that leaves more than half of Americans with less than $400 in their bank account, insufficient to deal with any real-life calamities at American prices, be it medical or otherwise. They are at the mercy of their overlords to keep themselves alive. A predicament incapable of supporting the renewal of human excellence.

The underbelly of America’s flamboyant leadership in the world comes at a massive cost I have written about frequently, often invisible to the outside world, and is frankly stunningly embarrassing. Today, the American dream belongs to those who have found a cunning way to take democracy’s gaping and growing dysfunction for a glorious ride. They want you to believe democracy is all we can dream of, for they benefit from its perpetuity.

No Resurrection Or Insurrection

Former Democratic President Barack Obama, like current President Joe Biden, suggests we should “carry democracy’s torch into the future“, doing his best to corral young people into the fishing net of democracy’s glaring dysfunction. He appears to continue what the Clinton Global Initiative started, using a lobbying organization to promote more of the same. He, too, confounds consequence and cause, in the words of Nietzsche, leading to grave depravity of reason when he suggests diversity leads to merit instead of merit leading to diversity. Blackwashing is born this way.

Downstream suboptimization of democracy so easily digested by greater fools shows how the recognition and need to reinvent ourselves upstream, in the words of Albert Einstein, cannot come from the same thinking that got us here.

The Republican proponents are not doing any better. With neanderthal sticks and minds, they attack the capitol building in D.C. as if the cancer of governmental mediocrity only metastasized there. They live by believing an extrapolation of the past, called conservatism, leads to breaking the norm of a better future. An impossible feat. They are on the other side of the political autism spectrum, prioritizing the pillage and plunder of personal freedom over the ability to establish trust in collective freedom.

Democracy was never in danger because of an attempt at insurrection, for democracy is not dependent on the current clowns to perpetuate its religion. Other power-hungry candidates are already lined up, eager to take their place. Democracy fails because it consistently produces the wrong outcomes.

When you talk with senators on the Hill in D.C., you realize not just the voters in a democracy are misinformed, but those who perpetuate it are too.

Not a senator or intern actually writing the legislation could explain to me the fundamental precept of freedom. A declaration left glaringly undefined yet heavily relied upon in the U.S. Constitution and the subject of much political rhetoric. Odd when we call ourselves the freest country in the world.

Few can even begin to comprehend how to build systems of relativity, discovered by Einstein one hundred years ago, that should encircle our world to outperform our stale constructs of absolutism that can never. We have failed to establish a theory for humanity to, in the words of Albert Einstein, determine what can be discovered.

Politicians grasp how the machinery of politics works. They do not understand how government must work to produce renewable value for humanity, let alone how governance should be reinvented to improve human performance and resilience. Many politicians would outright fail a much-needed basic litmus test similar to the theoretical exam required to obtain a driver’s license.

The burden of proof of democracy belongs to politicians. And it is clear our politicians are just as comfortably numb as those voting for them, unable to articulate why the gameplay they deploy for humanity holds any water and how it should promote the excellence of humanity. Like religion, they make extraordinary claims without extraordinary evidence to support those claims. They operate at the margin of human solipsism.

Hope Is Dead; Reason Is Not

We have endured every color of the political rainbow, and none of it has produced the evolutionary results that strengthen humanity. The hope so heavily marketed by Obama to greater fools did not materialize. Nor did Trump’s vision for America materialize. Nor does Biden’s. None of our supposed leaders have changed the outlook for humanity for the better. They barely kept the machinery of democracy alive.

Our so-called systems are failing, our foundational precepts have expired, and we have yet to establish a theory for humanity that improves human adaptability to nature’s entropy. Without it, we are sitting ducks to evolution’s sword of Damocles.

Having been a computer programmer in my early technology career, Einstein’s reductionist statement of how the theory determines what can be discovered sheds light on how we must change. Before writing a single line of code, the software algorithm reflects the theory you define to produce predictable outcomes from input selection. Upon writing the code and testing the algorithm, you then make changes to the code to adapt for cases that improve the conversion from input to output. You do so until the theory embedded in the algorithm no longer produces the expected outcome.

For the last 240 years, we have just been developing bug fixes for a decrepit code base of democracy that produces no evolutionary value. Our democracy no longer produces the desired outcomes. We have developed the wrong algorithm to improve human adaptability to nature’s entropy. Our supposed leaders never realized the theory of humanity had to be defined first before you write the algorithms, with real systems to support the theory.

The idiocracy of democracy stems from the misplaced faith the sum of human wants leads to the strength of human needs. That is as ludicrous as to presume a child’s desire to eat ice cream and chips daily will adequately support the child’s nutritional needs.

We must conclude that human excellence is not defined by mankind but by nature. Not human systems define our greatness, but nature’s method does. Humanity must –for the first time– adhere to nature’s first-principles to develop a theory that improves human excellence. Nature’s vote about our existence is imminent.

Today’s democracy is an opiate to the people in blatant violation of nature’s first principles, forming a stampede of ever-narrowing human wants destructive to our collective renewal as a species. The people are made to believe their vote matters while all they are voting for are different paths to the yellow brick road of human wants, coursing in the opposite direction of human needs.

Back to the computer analogy. As a programmer, at some point in time, the algorithm no longer works to maximize the conversion from input to output from the broader perspective you aim to cover. You must develop a new theory based on a new normalization of truth that drives the development of a new algorithm, and you rewrite the code from scratch. Such is the case with democracy, as we know it to be an evolutionary fallacy, divergent from the evolutionary compass we must follow instead.

Thomas Jefferson reminded us we should rewrite the constitution every thirty years. We never have. And it shows.

Change from a new normalization of truth does not come from the consensus of democracy. It comes from leaders smart enough to use the gaping holes in democracy to set it free. Lee Kuan Yew of Singapore did it. COVID legislation did it. We change not because of democracy but despite it.

It is time we implement a new evolutionary theory for humanity, as we have developed with EVA. We must kill the silly solipsistic appraisal of ourselves and focus on humanity’s newfound strength and resistance to nature’s entropy to determine how long we can flourish as a nation and as a species.

We owe our upstream reinvention to humanity. We have misled much of society into believing democracy is the ever-lasting panacea. We know so much more about nature’s truth than where we started. We must establish a new normalization of human truth, one correlated not to our wants but a better proxy of nature’s truth, defining human needs. Either we make that change happen, or nature will do it for us in a less forgiving manner.

We have no choice but to replace and upgrade democracy with an evolutionary theory for humanity. That change starts here.