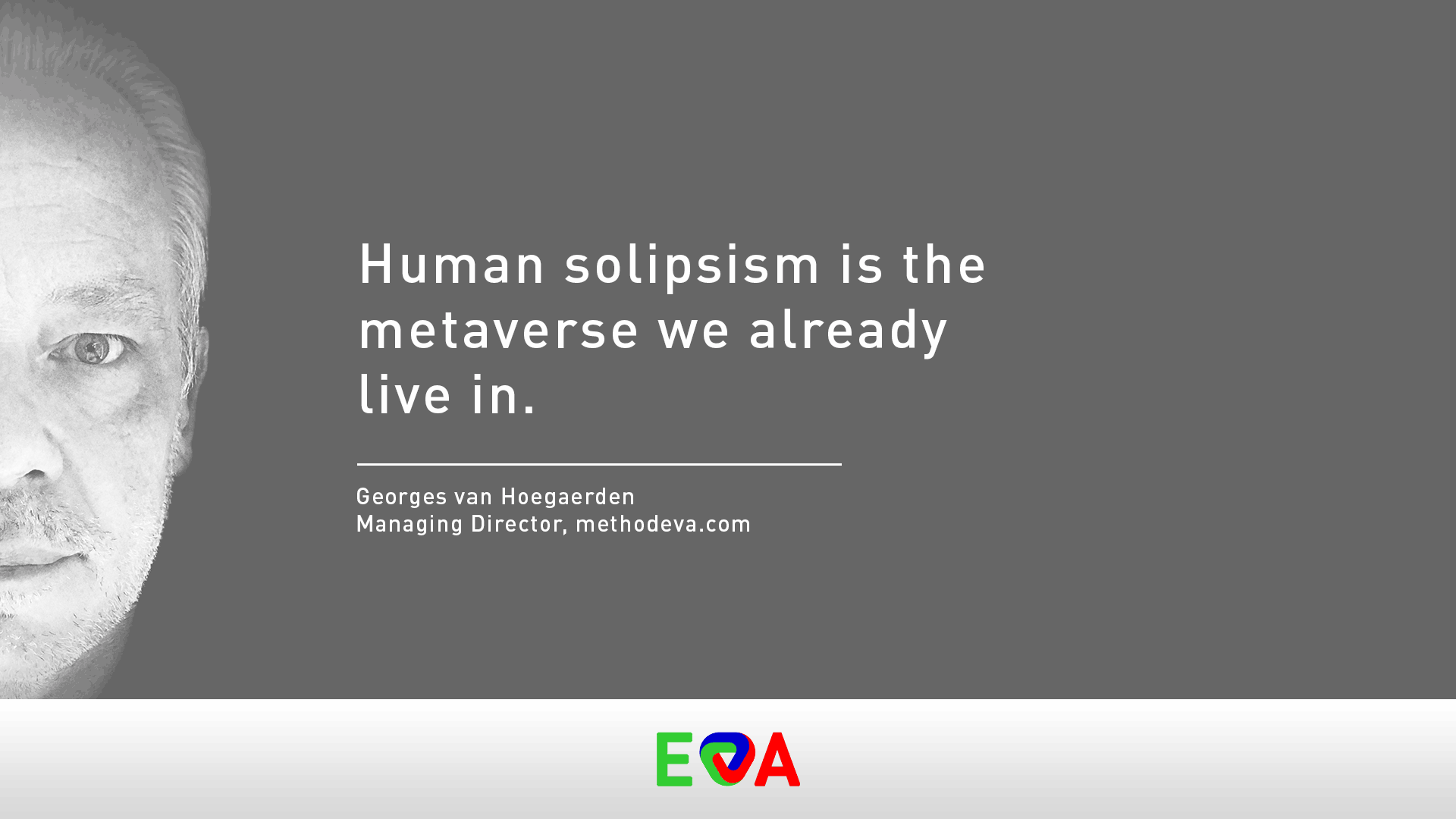 We Already Live In A Metaverse

I finally came around to watching the Facebook, er Meta, keynote by Mark Zuckerberg about his metaverse. I found it to be the dumbest keynote I have ever seen, unapologetically emphasizing how the vector of technology for technology’s sake steers humanity further away from improving human adaptability to nature’s entropy. No wonder Peter Thiel jumped ship as a board member.

In case you do not know what improving human adaptability to nature’s entropy means, the excellence and longevity of the human species are predicated on adherence to nature’s first-principles in order to adapt, as best as humanly possible, to the irreversible reduction of available energy on our planet. Meaning, how we value and entertain each other, without improving human adaptability to nature’s entropy, is not only irrelevant but worse, damaging to our evolution.

For planet earth to evolve, the survival of the human species is not necessary. For humans to evolve, our adherence to nature’s principles is. And what in the metaverse proposed by Meta, improves human adaptability to nature’s entropy? Nothing. Not more sharing of the hindsight from knowledge but a better discovery of new and unprecedented normalizations of nature’s truth from imagination does. Groupthink, aka socialism, is incompatible with finding outliers.

We already live in such a metaverse, in which the surreal implementation of human constructs misrepresent how humanity could and should evolve. For about 240 years, humans have operated under expired commandments lacking a guiding theory of humanity, not unlike a business operating without a business plan. We have deployed morally improper ideologies with broken systems crumbling under the weight of laissez-faire processes that can only be corrected with excessive rules to save our souls.

In blatant ignorance of the need for a dynamic equilibrium with nature, we deploy a vector of human expansion designed to please ourselves. Growth for the sake of growth akin to the ideology of a cancer cell is the mantra of capitalism in defiance of nature’s entropy. Sustainability takes the crown of human ignorance and incompatibility with nature. Guess who will lose that battle?

We have a pay-to-play government that lives in its own world, now desperately trying to rein in capitalists run amok with ill-defined freedom and laissez-faire stampedes void of compliance to a human theory in tune with nature. We expect the benefit of consistency from systems that are not, instead producing outcomes that stimulate a vile maxim of personal interests that tarnish our collective interests. Our ideologies and systems are broken, forcing us to deploy reams of legislation to correct their undesirable outcomes.

Full of ourselves, we deploy metrics of human excellence, such as GDP, that confound cause and consequence, leading to grave depravity of reason in the words of Nietzsche. We ignore the foundational discovery of Einstein’s theory of relativity that could explore the full spectrum of human ingenuity. And we ignore the study of nature by Richard Feynman to explain how nature’s entropy forces us to do more with less.

The metaverse we already live in is called ignorance.

We do not want technology to accelerate the traversal of ignorance to nature we already live in. For the excellence and longevity of the human species, we need the solipsism of metaverses to fail. The only game humanity should play is nature’s game.