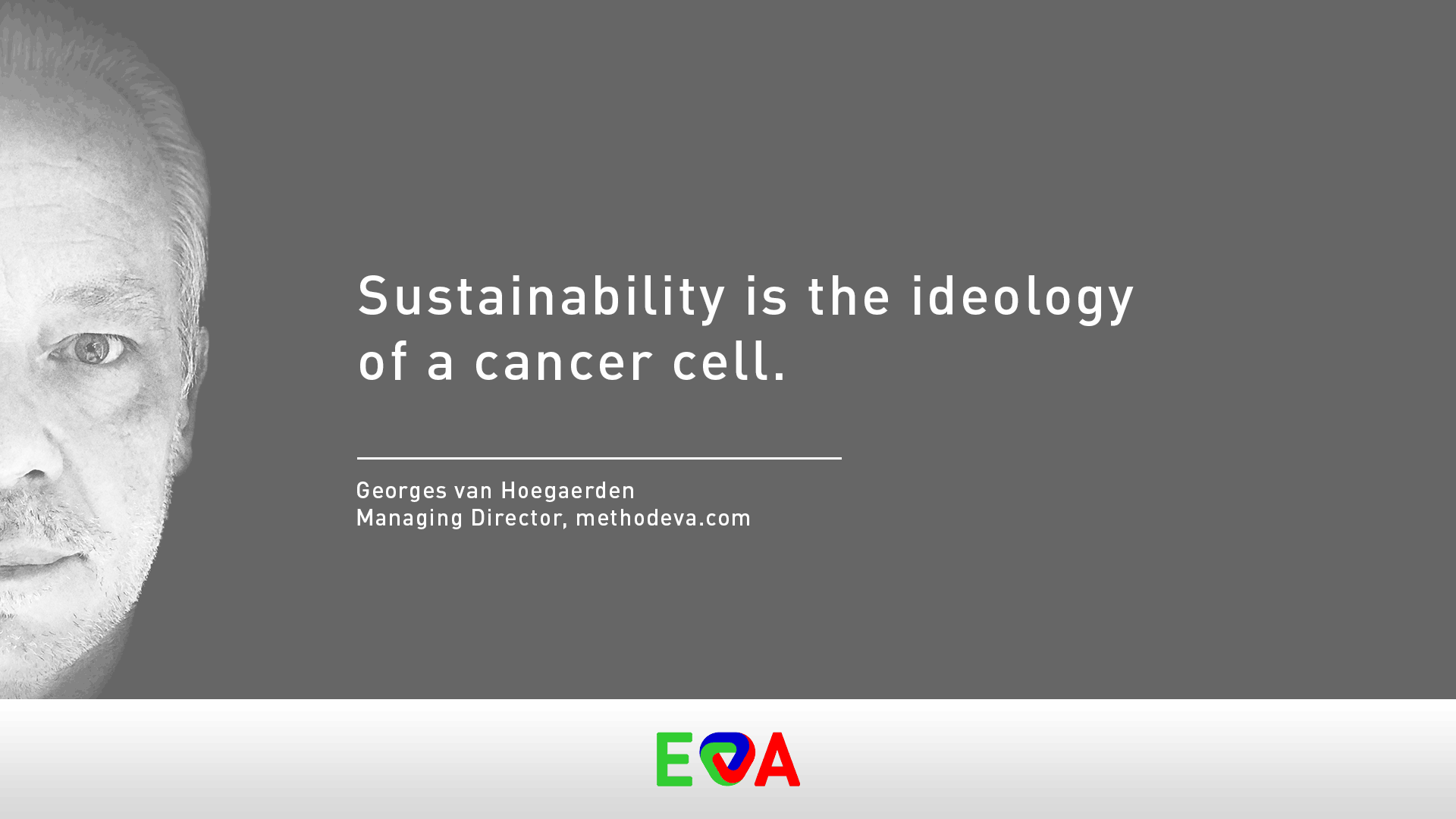 Sustainability Is The Ideology Of A Cancer Cell

According to Richard Feynman, entropy, the irreversible decline of available energy on our planet, ensures nothing on planet earth is sustainable. Not even the growth of cancer cells whose ideology is to grow endlessly remains sustainable, as the carrier upon which it grows eventually dies.

Any person who references sustainability, or drives investment programs hinging on sustainability, demonstrates they know nothing about the evolutionary first-principles to which humanity and its ability to generate alpha are predicated.

The people still spreading the gospel of sustainability need to come to my masterclass and be schooled before they are put in a role to expand the vector of human ingenuity and capacity in the wrong direction, make untenable promises, and again cause an accelerated anthropogenic cascade.

Only the excellence of renewal producing improved adaptability to nature’s entropy can advance humanity. This time and for the first time, human excellence aligned with the first-principles of nature’s renewal, diametrically opposite and freed from the debilitating dogmas of sustainability.

For too long have we failed to put humanity on a path compatible with nature. If humanity keeps lying to itself in stubborn solipsism, the mushrooming evolutionary cost of the deviation from nature’s vector will remain our collective burden to bear.