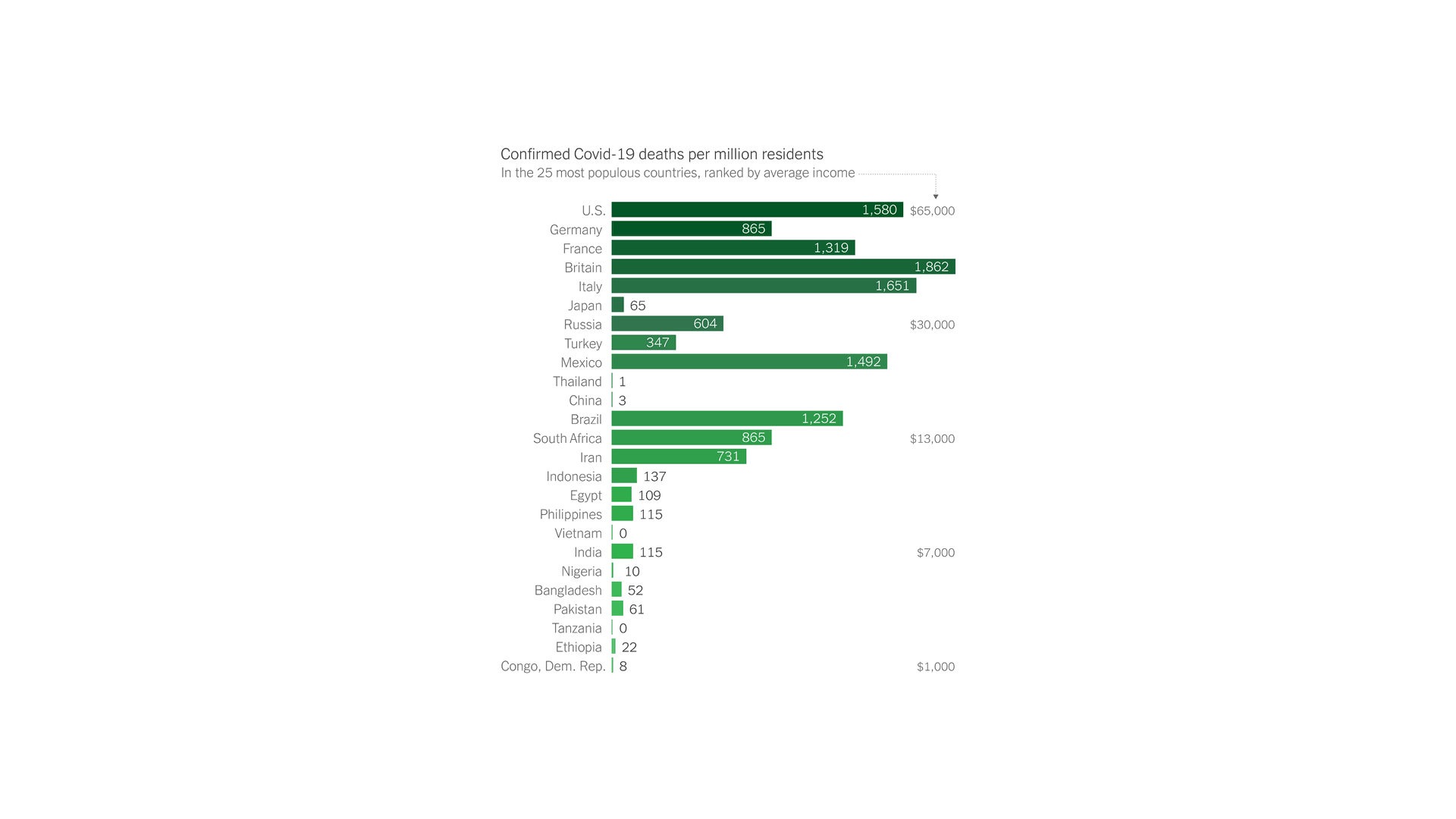 Not So Developed Countries

Today, the New York Times ponders why Covid-19 has not wreaked as much havoc and deaths in the “third world” as in developed countries.

The use and chronic dependence by 70% of Americans on prescription drugs living in the second most obese country in the world create an immense and compounding vulnerability to the increasing effects nature’s entropy throws our way.

We, in the developed world, have deployed the wrong compass for humanity. I keep reiterating here that humanity, by the systems we deploy, must promote human strength not medicine popping humans, to fight the ever-increasing effects of entropy. Today, we deploy manmade constructs that apathetically coddle our compounding weaknesses in all-inclusive political correctness, promote our ignorance of nature’s reality, and whitewash our denial of nature’s evolutionary rule with highly inaccurate yet societally endorsed medical bandaids.

Less “developed” countries lack the resources to rely on medical remedies and, by their multigenerational adherence to nature, have better adapted to the continual threats of nature’s entropy. People living in so-called underdeveloped countries are the developed people in nature’s dictionary.

It is high time for “developed” nations, like the USA and Europe, to change their vector of human excellence systemically and deploy nature’s first-principles to improve their chances of survival—the reason why I built the theory for a new operating system for humanity.