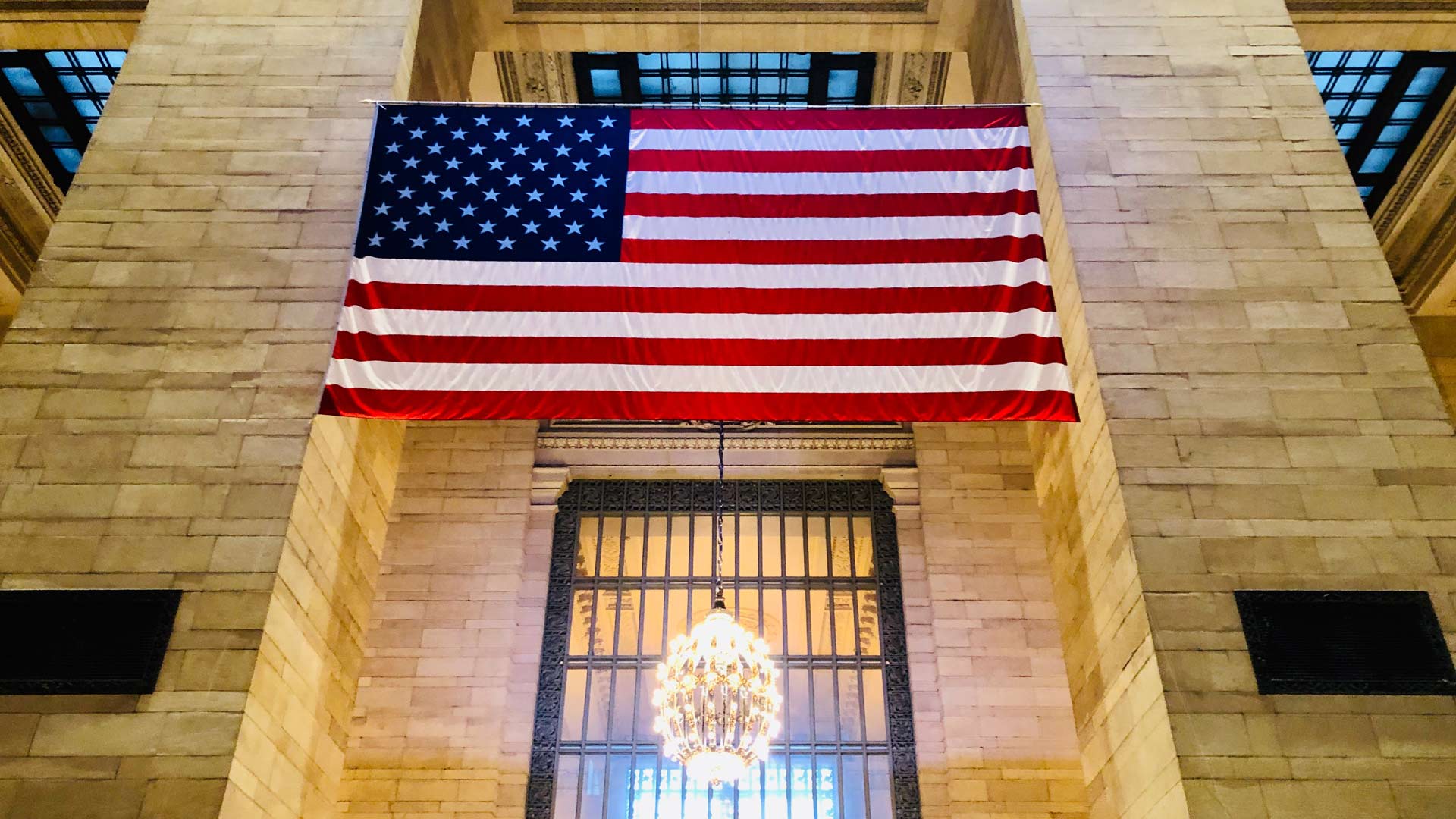 To Lead Or Not To

Every one-eyed person in the land of the blind refers to themselves as a leader, shorthand for declaring yourself above others. An easy-peasy declaration not only abused by our country’s top politicians who publicly refer to themselves as leaders, while steadily failing the litmus test of admission into government I tested them on years back.

Not a single senator or aid to senators I spoke with on The Hill was able to define what freedom is, why it is important, and how it must be curtailed by paradoxical rules. This, when our 250-year-old constitution defines freedom as the most pertinent precept guiding the evolution and expansion of human excellence.

Leadership in the private sector is not much better.

All my career moves were initiated by realizing my corporate boss, a supposed leader, was none of the sorts. I am sure anyone having worked in the private sector can relate. Grateful as I remained, within two weeks after being asked by Larry’s Ellison’s direct reports to come to the U.S. followed by his command “Go get him” I was fed up with the lack of leadership that could have dramatically advanced Oracle’s leadership in new media.

Entering the startup world in Silicon Valley and quickly igniting $100M startups, with a right of passage to become a (parttime) venture partner I soon declined, I witnessed how many board members, including investors I reported to as a four-time CEO and some I sat on other boards with, lacked the merit of a leader. Let alone to support one. Money, I found out, seldom equates to merit.

Leadership, by your favorite ten-step management program, is often referred to as the ability to coral people to do what you want, not unlike a cowboy herds his cattle. And not to upset those people too much, for their fragile mental state must be preserved at all costs.

One startup founder asked me to back down from an underperforming employee because the employee was “a delicate flower”. I responded by telling him how we are running a business, not a children’s playground. Get out if you cannot stand the heat.

I am in the Steve Jobs camp of leadership from vision. A leadership style often criticized by people who cannot meet the bar, the same unapologetic bar a leader is held to by the board.

I strongly disagree with herding people for people’s sake, because the people who allow themselves to be herded like cows are the ones who are. Not the kinds of people I would be proud to lead or hire. I like how the CEO of Netflix, Reed Hastings’ used a sports analogy of finding the best players to join his team to address the current corporate challenges. You must be the best at what you do.

In all fairness, I also witnessed the inverse, employees being rated unfairly. Especially when replacing failed leadership or when taking the helm from a founder unable to turn a vision into reality. I have had, on more than one occasion, founders talking badly about the people they, themselves, hired. I ignore these assessments completely.

For, without a strong vision, any employee working for the company will suffocate in the emanating vacuum. With an attainable vision in place, you will be surprised by what employees suddenly become star performers. Past performance is no accurate prognosticator of future performance.

When running a video communications company in Silicon Valley some twenty years ago, I interviewed many a CEO struggling to redefine the core competency of their cash-cow business running out of steam and in need of stronger messaging. So much so that I ended up helping many rethink, normalize, and redefine their business on the spot prior to the videotaped interview. An exercise that shouldn’t be performed by a service provider, but they ate it up.

Too many businesses, I learned, run on expiring credit, with walking-dead leadership failing to identify a viable regenerative focal point. A beautiful opportunity for private equity investors, when done right.

So, with some forty years of corporate experience in mind, let me give you my perspective on corporate leadership, much of which should apply to leaders in policy-making responsible for forwarding a vision for the world:

It sounds ridiculous to mention, but most people do not know how to think, resulting in the flawed reasoning of what to think, as I point out in a dedicated article on the subject (a must-read).

You see, everything we do, as humans, must correlate to improving human adaptability to nature’s entropy. And thus the logic of cause leading to consequence, in that order only, dictates the need for a theory proven to be derived from a higher normalization of nature’s truth to yield economics previously impossible to attain.

While it is possible to achieve improved economics from a different consequence than popular today, downstream optimizations from an existing cause offer highly temporal and fleeting value. The grandiose valuations so often sold by subprime venture capitalists to a chain of greater-fool investors with the public as the sorry last.

A leader must be an outlier. And an outlier knows no precedent, for the theory derived from a new and higher normalization of truth, used by a leader, knows no precedent. A leader conjures up the theory, proves it to be true, and then embeds the principles in a system upon which the company can execute dutifully and timely.

Communicating the vision to internal stakeholders allows shareholders and employees to align with the vision, and prepare for the change ahead.

3. Drive The Short From Long

A vision of the future is worth nothing without an operating-plan to transition from what is, to what must be. A clear trajectory from the upside of foresight walking back to the downside (today) must be defined, specified by the transitions required from the ecosystem of disciplines within the company.

Involvement and buy-in from the management team responsible for those disciples is crucial to assess what role, if any, they or others can play in moving the company in a new direction.

Let’s not beat around the bush, change costs money. Serious money if the change is indeed correlated to a new normalization of truth capable of fundamentally improving humanity. A leader sells, raises, and deploys money on the premise of formative change.

Raising money demands from a leader the ability to sell the foresight of upside. Quite a different task than selling today’s downside detached from the propensity to reach the upside of foresight. Put differently, you do not appraise the future of your child by assessing the child cannot read at one-year-old.

A leader defines the use-of-proceeds per discipline, in accordance with the operating-plan, and makes the management-team financially and operationally responsible for the objectives, transitions, and cost-centers associated with the execution. Trust but verify.

The outcome of the theory that determines what can be discovered (Einstein) must be measured continually to perfect how the rubber meets the road. Transitions must be managed to advance the infinite loop, the sum of all parts, not merely the individual disciplines.

A stumbling block in one discipline may cause another discipline to falter. A leader is responsible for maintaining the ecosystem of disciplines, the engine of a company, to induce the change as diligently and as fast as possible. And to reach the milestones of upside agreed upon with investors.

Leadership in government fails the most rudimentary litmus test of humanitarian responsibility. From their behavior on the public pedestal, politicians appear to have no clue how to think. Unsurprising, as they have been appointed by the populism of their appearances, not by their merit of thought.

Their role should be to protect and promote the regenerative strengthening of humanity, with human gameplay correlated to nature’s gameplay deciding the length and quality of life on earth. They are responsible for the name of the game, not gameplay.

Show me a politician today pointing to a new normalization of truth from which new economics of human excellence can be derived.

Real leaders are as scarce as outliers attached to new normalizations of truth.

Ask the politicians one question guaranteed to silence them; what are you doing to improve human adaptability to nature’s entropy? The answers will reveal their best normalization of truth; herding the cows of humanity that keep them in office.

We need a new perspective on human evolution that will strengthen our resolve against the curve-balls nature throws our way, and thanks to my leadership we now have one.

It is time to show the world the leaders we really are.