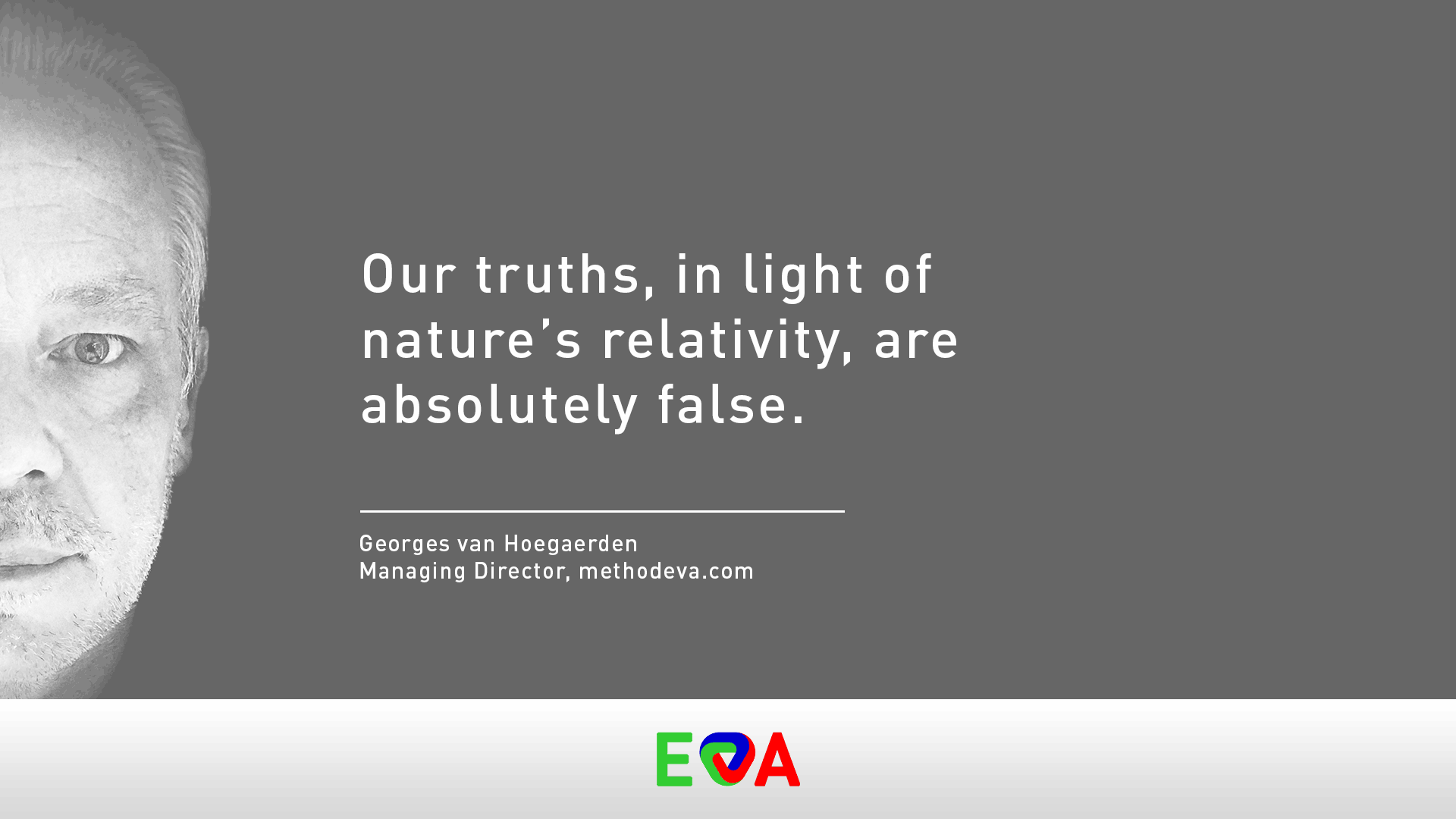 Relativity is easy to understand. So, let me explain its most rudimentary form determining the evolution of (almost) everything in the universe, as discovered by Albert Einstein one hundred years ago.

When I am on a train moving at a constant speed, I am both at rest and moving. I am resting because I am sitting in my seat, and I am moving because the train is moving. Therefore, a version of truth can be assigned to the state of being still and the state of moving. Truth, in this example, can be true and false at the same time.

Any debate derived from my state of being, in this case, can attempt to tackle either moving or still, or hierarchically evaluated as still and moving, or moving and still, or both. All combinations formed by the discernible states of being are grounds for valid debates. Truth is relative to the purview of measurement.

There can be many more levels of relativity than the ones described here, for the train runs on tracks that appear still while the earth is actually rotating and the tracks are moving. If that is not enough, the earth rotates around the sun on a trajectory that appears fixed (it is not) while our galaxy, along with four-hundred billion others, is moving at the speed of light through the universe.

Everything in the universe, animate and inanimate, including the state of humanity, revolves around relativity, impacted by an irreversible phenomenon called entropy.

Realizing this, it should come as no surprise our current operating-systems of humanity do not evolve commensurate with the assets to which they are applied. The round world of humanity is held hostage by flat-world monisms.

We aim to change that, as we have developed a relativity theory for humanity based on the principles of nature.