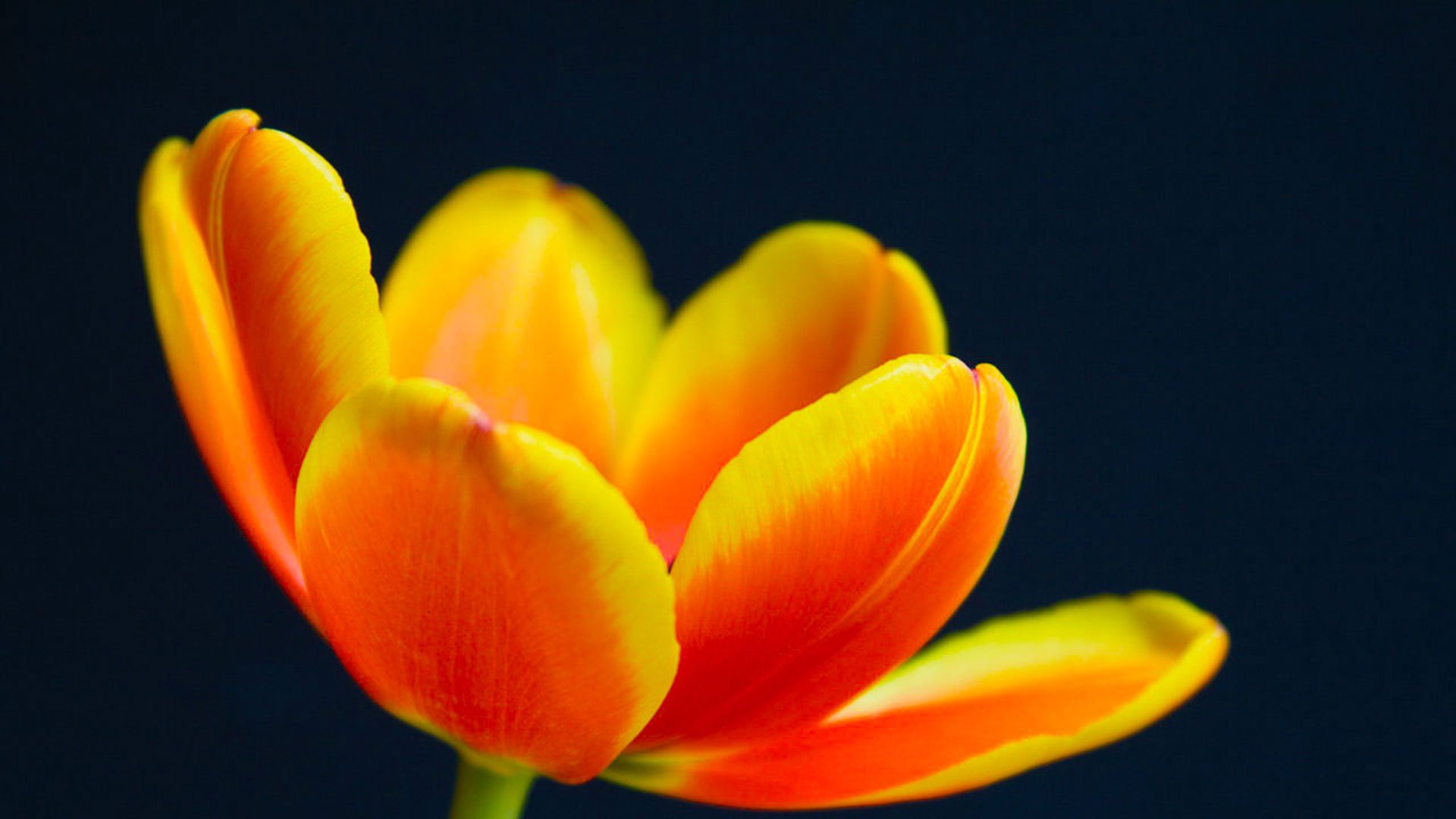 One Single, Simple, And All-Encompassing Goal For Humanity

I am reducing the seventeen (17) so-called Sustainable Development Goals (SDG) of The United Nations to just one, but not before explaining how flawed those attempts are. The change humanity can depend on comes from discovering a new and higher normalization of truth (as explained in Learn To Think) derived from the only truth that matters; nature’s truth.

Without conceit, my discovery is no less impactful than the transition from humanity first believing the earth was flat, with very convoluted explanations of how everything in our world revolved around the existence of humanity, to then discovering the earth was actually round, simplifying the work of Galileo, attempting to convey to the Pope why we are not quite the center of our universe.

Humans have yet to come to terms that we do not control nature, but nature controls us. And we better learn how to play nature’s game really well, learn as much as we can about its theorem and principles, and then deploy its rules across the previously siloed disciplines of policy, capital, and innovation leading to the betterment of human evolution.

Before it is too late. For us, humans.

You see, the reason why humans do a lot of bad things to our environment, and thus eventually to ourselves, is not because we are all instinctively mean but because none of the systems we have built to manage human excellence induce the desired behavior to protect the long-term interests of humanity, let alone our environment.

Worse, the incentive structure for humanity benefits those who take more innocent humans and those not married to a razzle-dazzle life for an ominous and glorious ride. No wonder human excellence does not line up with the quest for nature’s renewal.

If you want people to play a soccer game, you are well-advised first to explain the theory and principles of soccer. Then, when the players are on the field, deploy the enforcement of the paradoxical rules of freedom to ensure adherence to the gameplay of soccer.

In the words of Albert Einstein, the theory determines what can be discovered.

The theory determines what can be discovered

Referring to that brilliantly simple statement clarifies humanity’s theory has never been defined, instilled, and enforced until now. Perhaps because we are so afraid to take ourselves on. A mistake even our forefathers warned us for, as Jefferson wanted to redo our Constitution every 30 years, saying:

You cannot expect a man to wear a boy’s jacket

Nowhere in the 250-year-old American Constitution can be found a reference to the evolutionary goals of humanity. Nowhere in any other covenant of any other country, I am aware of, is there a similar reference.

So, why are we surprised, going back to the aforementioned soccer corollary, the players, without ever having told the theory, principles, and rules of soccer, will ever play soccer?

Humanity has flown by the seat of its pants. Responding only after embarrassing infractions and then hastily coming up with bandaids to the inflicted wounds of our self-induced malaise. Bandaids covering up rather than curing our manmade disease.

In comes the good karma of the “rescue squad” of the U.N. with what on the surface looks like a comprehensive laundry list of wounds we have incurred, inverted into Sustainable Development Goals. We have incurred wounds from years of traveling down the wrong rabbit hole of wealth creation, ignorant to the environment upon which we depend for survival. Apart from nebulous GDP, a rat-race to the bottom leaves a trail of misplaced expectations, depression, and outright lies behind.

All of the items on the U.N. list are valid concerns to raise and resolve. But blowing the whistle on every imaginable infraction in a soccer game does not change the name of the game. And then, I could easily add about thirty other deep humanitarian wounds, depending on the sovereign locale.

Watch the show Rotten on Netflix, and you’ll become painfully aware of the depth of injustice inculcated by the opaque economics of a society rigged to suppress and enslave the less fortunate systematically. From growing avocados to chocolate and beyond.

By the cosmological phenomenon of asymmetry, you cannot change the norm by simply changing its consequences. Hence, the U.N. approach to solving the world’s problems is not only flawed, but it is also incompatible with establishing a new norm that would prevent these wounds in the first place.

If you have ever run a company, as I have, you will realize real leadership is not, to use a chastizing expression, a process of herding cows. The madness of the fickle and self-serving wants of crowds is not equal to crowds’ evolutionary needs. Trust me. Humanity is not better off promulgating a Kardashian culture of endless and mind-numbing consumerism many of us seem to emulate.

In this context, real leadership comes from the unprecedented assessment of our highest normalization of nature’s truth, providing new, more effective ways to feed humanity’s evolutionary needs. For humanity has something important to prove.

We must build the foundation of excellence for the next generation. A foundation in which our unique intelligence, formed by the supreme amount of cognitive neurons in our brain, gives us the distinct possibility to outlive a common fly with virtually none. The common fly, as a species, already having lived sixteen times longer than humanity.

So, when I sit in on a recent webinar, invited to participate by The Brussels Times, sponsored by Huawei, listening to well-meaning U.N. and OECD representatives, I cringe hearing the madness of crowds reach its peak.

Remember how I was the first to harp ad nauseam about how sustainability does not exist anywhere in the universe? Sustainability is a fool’s errand.

Sustainability’s principles, or any derivative thereof, like ESG, ignite grandiose yet false promises to anyone bowing down to its dogmas, under the auspices of the U.N. and large investment institutions like Morgan Stanley. The death of fundamental environmental progress funded by those who know nothing about nature’s guiding principles and instead promulgate yet another religion conjured up by humanity.

Belief is the sleep of reason, and asleep people do not correlate the expanding fractal of human ingenuity and capacity to nature’s first principles.

I see and hear from many people getting depressed, happy to discover my work because they have subjugated and aligned themselves with goals and objectives, like those of the U.N., that is intrinsically unattainable. People of good character doing the impossible becoming depressed by not being able to achieve those goals. Not their fault.

I amend the words of Sigmund Freud: “Before you diagnose yourself with depression or low self-esteem, make sure that you’re not surrounded by fools.” like so:

As humans, we are known to often subjugate to goals that are consequential rather than causal, and thus we drown in the grave depravity of reason (Nietzsche) derived from its confounding. Whether it likes it or not, humanity must abide by a higher-order normalization of nature’s truth and improve its adaptability to nature’s entropy dictating the excellence of the human species. When we all align to that undeniable truth, our lives will become much more meaningful and genuinely more fulfilling.

We hitched the future of humanity to the wrong wagon. Meaning, your perception that you may suffer from depression may actually come from your internal compass pointing in the direction of new and more meaningful truth you should align yourself with.

It is true that nature rules with an iron fist, albeit upon close observation much more gentle and patient than how humanity treats its own members.

The authoritarian rule of nature can only be supported by an equally authoritarian implementation of humanity’s operating-systems. A new operating system is not defined or constrained by humanity’s solipsism, or mine if you wondered, but correlated to and derived from the first-principles of nature’s gameplay.

Nature is boss. So it behooves us to ensure our manmade systems adhere to the rules of nature. And do not take humanity on yet another make-believe ride with false promises.

The continual changes to our climate and pandemics occurrences are first-and-foremost caused by nature’s entropy, a steady and unstoppable decline in available energy on our planet. The survival of any species, including humans, predicated on their ability to adapt.

But they cannot and will not be solved without a preceding causal mandate to which the relevancy and urgency of consequential goals become clear. Remember, a theory embedded in a system defines what can be discovered.

Humanity has really only one goal: to improve human adaptability to the above-described nature’s entropy. Nature controls us, and we are subject to the continual change imposed upon us by entropy. Hence, rather than debating who caused what, humanity’s objective is to deal with what is and anticipate what will be.

As they reveal themselves to us, the principles of nature are elementary and, best of all, consistent. Meaning we, humans, with the unique intellectual capacity to develop reason and foresight, can anticipate with striking probability how our future will pan out.

The United Nations must change into a United Humanity and remove itself from drowning in the endless and unfortunate consequences of our past detached from a well-defined evolutionary cause.

As witnessed by the study of nature, humanity’s renewed focus to adapt and combat nature’s entropy must become the foundation of all of the manmade systems of policy, capital, and innovation we deploy in the future. Meaning, we must change the United Nations’ agenda into a United Humanity from consequential to causal and define a single mandate to which all its new members must subscribe. A mandate as authoritarian as nature’s authoritarian rule.

Everyone knows a laundry-list of seventeen goals means none of them are going to get resolved. And everyone should know putting bandaids on the wounds of a cancer patient will not prevent cancer. Even in the best-case scenario, resolving the United Nations SDGs would not prevent cancer from spreading elsewhere.

Let us not remain rebels without an evolutionary cause.