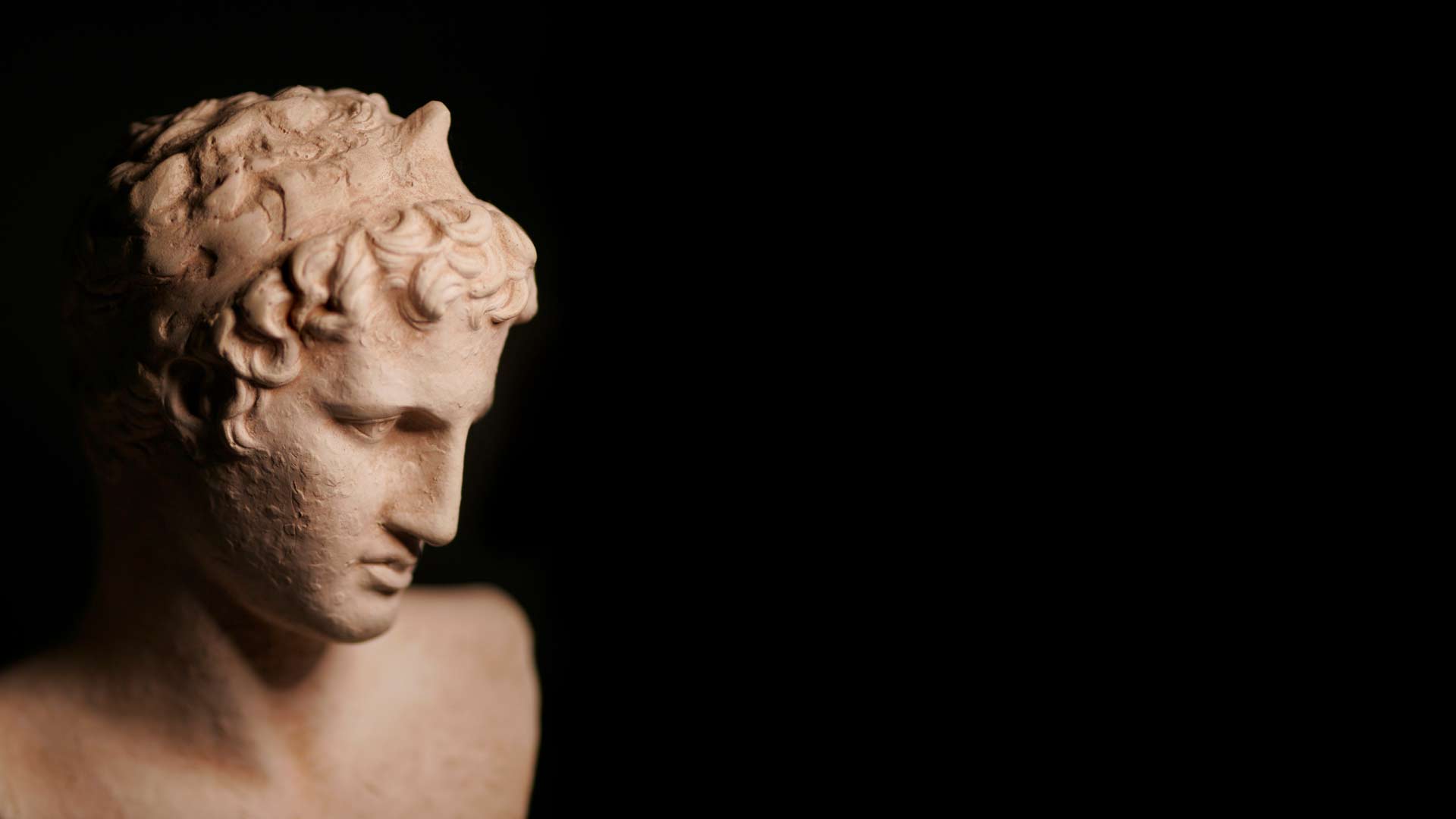 Whenever I debate with people, I invariably discover they have never learned to think. An observation prominently applicable to young people (but not only) with few analog debating skills, having instead been shaped and coddled by the endless reverberation of like-minded followers on social media.

The lack of ability to think independently is a serious humanitarian predicament, frighteningly omnipresent. People’s opinions aggregated by how they think are used to establish the rules of democracy and thus define the vector and compass of human excellence.

Nobody should be told what to think, but everyone should be taught how to think.

The latter should be in the repertoire of every middle-grade school teacher, if not part of the parental responsibility to improve a child’s life. Otherwise, debates get messy really quickly, with the person in the hot seat defensively squirming into nothingness, at a loss for words attempting to shut the challenger with a voice of reason, suddenly referred to as a bully, down.

Nothing is accomplished in a debate between people in which at least one, worse all, has not learned how to think, as the polarity of their opinions is not swayed by these aimless ships passing in the dark. Frequently, animosity increases after the interaction, with people on social media now openly declaring they can no longer be friends based on a disagreement on principle, even though people never substantiated a principle.

“Don’t say anything and listen” is the latest form of stultifying dialectic attempting to induce the sleep of reason. The cage of humanity must be rattled to free the bird from the manmade confinement to institutionalized mediocrity. I refuse, as humanity needs to do the opposite of listening to its own rhetoric and wake up.

The main source of human conflict is the assessment of truth from which all reasoning begins. Truth, like all of nature’s relativity, is a perception and proxy of righteousness derived from the observer’s standpoint.

To understand relativity, let me explain its most rudimentary and omnipresent form determining the evolution of (almost) everything in the universe, as discovered by Albert Einstein one hundred years ago.

When I am on a train moving at a constant speed, I am both at rest and moving. I am resting because I am sitting in my seat, and I am moving because the train is moving. Therefore, a version of truth can be assigned to the state of being still and the state of moving. Truth, in this example, can be true and false at the same time.

Any debate derived from my state of being, in this case, can attempt to tackle either moving or still, or hierarchically evaluated as still and moving, or moving and still, or both. All combinations formed by the discernible states of being are grounds for valid debates. Truth is relative to the purview of measurement.

There can be many more levels of the relativity of truth than the ones described here, for the train runs on tracks that appear still, while the earth is actually rotating and the tracks are moving. If that is not enough, the earth rotates around the sun on a trajectory that appears fixed (it is not) while our galaxy, along with others, is moving at the speed of light through the universe.

So, you can imagine how debates get out of control quickly when the simple example above leads to many perceptions of hierarchical truth.

The pursuit of truth can easily be distorted by people who do not recognize truth is relative or by people who ignore that a newly discovered higher-order of truth, referred to as a new normalization of truth, warrants the reexamination of all prior conclusions of truth.

Truth is a multi-level proxy derived from a natural phenomenon scientists refer to as entropy, deploying a one-directional hierarchical relationship between cause and consequence.

In the example above, the moving train, with me on it, yields the bifurcated status of moving and being still at the same time. And as dictated by entropy, no unique identification of what induced my state of being can be inferred from me being still or moving, or both.

The most prevalent version of manmade untruth, I harp on this blog often, comes from confounding of cause and consequence Nietzsche one-hundred years ago described as grave depravity of reason.

There is a big difference between untruths and lies.

In the aforementioned example, an untruth is when one attempts to reverse entropy and infer I could have only been on a train to be still and moving. Obviously, there are many other modes of transportation by which I can achieve the same. The kind of correlation not leading to causation you should have been taught in school.

A lie is a false appraisal of truth unsupported by evidence or an expired proxy of truth, invalidated by proof to the contrary derived from today’s reality. In this case, a lie would be that I could have transposed myself to my destination without getting on any other form of manmade transportation.

With all the consternation and debates raging, induced by the many perceptions of the relativity of truth, the question may be asked why to debate at all. Can you persuade others to think differently?

Yes, one can, and I have, depending on the proximal development of the individual you are debating with. Proximal development in psychology is described as your propensity to extend your mind beyond what you previously thought to be true, the expansion of your personal fractal. Recognizing a new and higher normalization of truth leads to a whole new set of consequential outcomes.

A person holding on to existing or expired truths for fear of their interpretations being uprooted can never be persuaded otherwise. In their benign reluctance, they are the ball and chain to human evolution, and in their most egregious form, cancer to human progress.

The showstopper to any debate, and human development in general, is belief. An unsubstantiated opinion forging extraordinary claims without commensurate evidence, attempting to deploy unquestionable voodoo to achieve dominance over the many innocent greater-fools in society. Many religions, way beyond the hundred manmade theologies, apply their demonic practices in an attempt to enslave others to their make-believe.

As pointed out in the slide above, a thinker and a believer are two overlapping yet contrarian magisteria.

Many people think downstream from an existing and frozen normalization of truth and don’t look back. That may appear to lead to a happy life until nature’s truth comes calling and challenges our highly imperfect and underdeveloped proxy of truth.

Our faces are shoved into that stark reality amidst the Coronavirus pandemic, where the belief in wealth as the remuneration of sublime human excellence is blown to pieces. Nature’s appraisal of excellence is not defined by wealth but by humanity’s regenerative adaptability to nature’s entropy. Wealth does nothing for nature.

But without using the much-needed urgency to think straight from a pandemic, we have neglected to think collectively about the role and future of humanity.

For example, we all have been in awe of the discovery of Albert Einstein’s theory of general relativity, defining the evolution of everything in our universe. This whole new dimension dictates the evolution of humanity within the context of nature, while for over one hundred years, none of our systems of policy, capital, and innovation designed to produce human excellence have adapted to those newfound principles of relativity.

Not everyone can think, but a thinker can come from anywhere, is the lesson I modified from Pixar’s movie Ratatouille.

Meaning, you should never disclaim anyone’s ability to think based on their schooling. For educational institutions often confound knowledge with intelligence, ruminating in conventional thinking. Einstein’s theory of relativity took fourteen years to convince his peers, while he struggled to get accepted at universities unprepared and unwilling to challenge foregone conclusions.

When I once questioned the teachings of a professor at a prominent university, his rebuttal astounded my apparent naiveté. “But Georges, our job is to make the bed our students can lay in,” he cut my questioning short. This from a university charging thirty-five thousand dollars per year in out-of-state tuition.

Knowledge sold as intelligence is humanity’s favorite ploy to suppress independent thinking and impress greater fools. Knowledge relies on the aforementioned frozen constitution and mainstream trajectory of thought, a dangerous practice reveling in endless convulsions of downstream thinking. At the same time, the evolution of humanity is predicated on the renewal of upstream thinking. And no extrapolation of hindsight leads to foresight to break the norm.

Paralysis of thought is induced by experts reveling in consequence as rebels without a cause.

I have written for years about how the systems of humanity promulgate precisely the unchallengeable normalizations of truth that prevent humanity from improving its ability to adapt to nature’s moving target.

The fallacies of ill-formed thinking are omnipresent in a society unwilling to reevaluate its foregone conclusions continually. In a single article called Out With The Lies, I posit how capitalism is not a system, markets do not exist, freedom is not free, wealth is worthless, blind growth is punitive, sustainability is an oxymoron, macro isn’t macro, policy is not policy, the economy does not exist, and government does not govern. How many more blankets of deceit can we wrap ourselves in?

The broad and institutionalized acceptance of these fallacies does not bode well for humanity. Analysis of the process of thinking reveals all fallacies described above stem from a single flaw in thinking, the false inference from consequence to cause in violation of nature’s entropy.

This, my fellow human beings, is the idiocracy of thought that permeates our society and limits the theory of what humanity can discover, in the words of Albert Einstein. When we do not improve the way we think, I, like Albert Einstein, am afraid of America’s ability to inspire the world by example.

Critical thinking, as described herein, is a vital and unique human capability we can and must deploy to improve human excellence. I could teach a whole semester on the subject. The trick to improving outcomes is not to debate the probability of reason before you first assess and agree on the best normalization of nature’s undeniable truth.