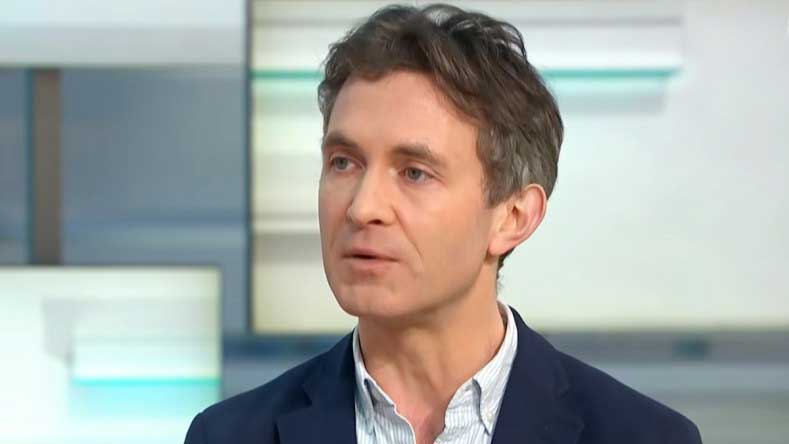 The Madness Of Singularity, A Brief Compendium To Douglas Murray’s Madness Of Crowds

In my public relations preparations to talk about my operating-system for humanity, I am occasionally asked about my opinion about Douglas Murray, the author of such books as “The Madness of Crowds.” Since my operating-system of humanity relies on a new and higher normalization of evolutionary truth, I find little value in consuming material describing the downside of an improper normalization of truth humanity continues to hitch its wagons on.

Hence, I do not, and have not, read any books to arrive at the thesis of my operating-system for humanity. My proposition relies on a unique and independent vector unexplored by others, producing a brand new decision tree for humanity not inheriting the current humanitarian fallacies. Moreover, a more thorough analysis of what is does not lead to a better appreciation and interpretation of what must be. New normalizations of truth upstream, by definition, obliterate the downstream evolutions of an imperfect and expiring past.

In watching some YouTube videos with Douglas Murray, specifically an interview with Julia Hartley-Brewer, I am amused to be in fierce agreement with his analysis of the current state of manufactured segregation plaguing humanity. The madness of crowds is, as Murray describes, the very denial of Martin Luther King’s (MLK) proclamation of the content of one’s character as the most critical determinant of human merit.

Instead, our world, today, revels in wild inferences to the ludicracy of:

Why are highways built by men killing women? — Douglas Murray

Grave depravity of reason stems from the attempt to convert any flavor of historical victimization into unending reparations of the future. Not until you break down Douglas’ question will you recognize the ridiculousness of how societies are currently en-masse embracing the antithesis of MLK.

I am in complete agreement with Douglas’ analysis of how societies make fundamental mistakes in how they artificially assign merit to anything but the content of one’s character.

Yet, Douglas is remarkably silent on what then should be the solution, saying that bigotry cannot be solved. Topping that statement off with a rhetorical question that made my evolutionary hairs stand up:

Who doesn’t want equality where you can find it? — Douglas Murray

I do. And, more importantly, nature does. Evolution relies on the value of differences – not commonalities – to promote the adaptability of anything to meet nature’s ever-changing entropy.

From cosmology, we have learned the fragments of the Big Bang explosion 13.72 billion years ago originate from only a few elements. The nuclear fusion and interaction of those elements during the explosion forming the unique starting points of planetary evolution, with infinite entropy and ever-diminishing availability of energy becoming our moving-target since.

Why all planets are slightly – yet importantly – different is derived from tiny variations in the molecular or atomic fusion right after the Big Bang, despite the vast majority of elements being the same. In the same way, all humans share about 99.9% of the same DNA, and yet the unique sampling of the tiny 0.1% of our DNA is the reason why we all look, behave, and evolve differently.

The adaptability to entropy mentioned above defines the longevity of any species on our planet. The attempt by humans to induce singularity – prominently promoted by technologists – in which human differences devolve into zero-determinant, yields not the excellence but the accelerated terminus of human evolution.

My point is simple. The populists, along with their contrarians, in the case of Douglas Murray, awarded to be the expert of humanitarian consequence, are by the asymmetry of entropy unable to infer plausible cause.

An expert who revels in consequence is a rebel without a cause. — Georges van Hoegaerden

The root-cause of wide-spread and growing humanitarian fallacies, make-believe, and conjecture are the result of our dumbfounding ignorance and, in the case of singularity, even gross defiance to nature’s rule.