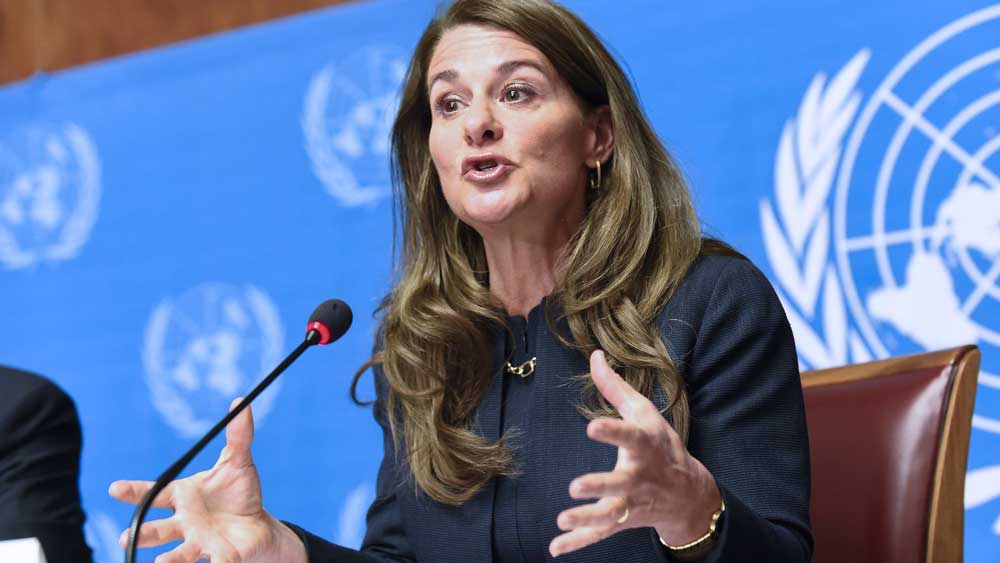 Having answered hundreds of questions on the subject of policy, capital, and innovation I always like to challenge myself, pretending I had much larger public and more prominent exposure, as a way of preparing for what is to come.

So, I am going to answer some questions posed to Melinda Gates recently about her work for the Bill and Melinda Gates Foundation. I also answer those questions because I believe the work of the foundation can and should be lifted to a higher-order of humanitarian relevance and excellence, as my answers are meant to indicate.

When you meet with other wealthy philanthropists, do you find that anyone is grappling in a serious way with their own culpability for problems, like growing income inequality, that are at the root of issues they’re trying to solve?

Income inequality is a consequence of the system we built. In Albert Einstein’s words, the theory (embedded in the system) determines what humanity can discover. Hence the root cause of income inequality lies in the pre-established rules of human gameplay. We must adjust those rules, not blame the outliers for taking the game to the fringe of allowable gameplay.

When you’re in Giving Pledge meetings, would it ever fly to ask people not just to give more but to take less?

You should not expect the outliers of the game to not want to take the game to the edge. So no, see my previous answer.

One of the recurring criticisms of large-scale philanthropists is that they aren’t interested in any redress of the economic systems that create inequality. But in order to rectify inequalities, doesn’t a radical rethinking need to happen?

Inequality is a vital attribute to evolution, for evolution relies on the value of our differences over the value of our commonalities. Hence the popular attempt to equalize people will diminish humanitarian strengthening. Using the principles of my new operating-system for humanity we can detach from a narrow and oligarchically controlled rat-race for money, now eleven times the size of production, and begin to assign the trust of money to those who contribute to the strengthening of human renewal. A broader swath of people with more diverse skill sets will then mobilize and contribute.

What’s a recent epiphany you’ve had about your privilege?

My privilege — and my curse — is a brain that does not accept any foregone and unquestionable conclusions. Ruffling feather where feathers must be ruffled. Sometimes it is better or easier not to have such unrelenting “privilege”. I grew up in a country where challenging the norm is not even pondered or accepted. So, I am a refugee of sorts with The United States having offered the unique freedom of such dissent.

I know you and Bill watch “The Crown” together. What else do you guys watch?

I love watching lectures and documentaries explaining how our universe and nature work, and also watch documentaries about the failure of the financial systems we have built. Plenty of material to go by, all interpreted to prevent the foresight of humanity not to be a mere extrapolation of human hindsight. I am also a big fan of documentaries describing the human struggle to survive and real-world stories of people overcoming adversity. I am watching Our Planet on Netflix as I write these answers.

What’s something about the tech world right now that drives you crazy?

What drives me crazy is how technology overwhelmingly deploys totalitarian monisms incompatible with the innate plurality of humanity while such implementations violate the right to sovereignty of nation states. Creating an anthropogenic cascade from damaging the trust in our collective interests and harming our equilibrium with nature from which the next generations will struggle to recover. Technology can be used as a source for good when it obeys and respects the innate plurality of humanity and promotes freedom to each his own.

You tell some personal stories in your book, and those stories share space with the stories of women who have gone through truly horrific things: genital mutilation, or a mother who felt compelled to try and give you her child, so the kid would have a chance at a better life. Was it hard to figure out how to have experiences so different from your own coexist in the same book? It seems to me that the generous way of looking at it would be to say that your book is giving these other women’s stories a platform. The less generous interpretation would be that by putting your story in the same book as other, harsher stories, you’re conflating fundamentally unequal situations.

I am not a woman. But I find the male mutilation without a child’s consent in The United States as horrific as female mutilation in other countries. Every individual must have the right to decline such barbaric treatment of sexual numbing and religious dogma.  We should set a better example in our country to inspire other countries to follow in our footsteps. Birth control allows women to emerge from mammalian reproduction and helps women flourish based on independent decision-making.

Can you talk a little more about the decision to include the material about your relationship? It’s only very briefly and vaguely mentioned, which I assume has to do with the understandable discomfort you felt divulging something like that.

Relationships are to each his own, mine may not be yours. So copying my needs and approach may be a misfit to yours. Find happiness within yourself, and be with people who sincerely care about you and want you to have more of your happiness. My happiness comes from hard-earned accomplishments in raising my child and seeing her flourish in a better world I can build for her, one well-thought-out and tested step at a time.

How have the political shifts of the last few years — toward populism especially — affected the Gates Foundation?

Funding undesirable consequences from defunct manmade systems is a bottomless pit. So, we must begin to hold policy-makers responsible for defining the human gameplay that improves the strengthening of human renewal. Anything else yields an anthropogenic cascade we must avoid at all cost. So helping politicians develop a gameplan for proper ways to govern must be our first and foremost priority. Setting a new and prime example in the U.S. will inspire and expedite the proliferation of our improving excellence around the world.

Speaking of the president, you never use his name in your book. You only ever refer to “the administration.” How come?

The President does not make legislation, Congress does. Hence my references are correlated to the creator of human gameplay — our government — regardless of who is President.

I’m curious about how you decide which strategies you use to try to accomplish your goals. You’re a huge supporter of family planning, but you never explicitly work to get politicians who, say, want to repeal Roe v. Wade voted out of office. Why not?

You don’t think you’ve already been cast into a certain bucket by people who disagree with your stance on, say, family planning?

What humanity wants is not always what humanity needs, hence populist approval is not what drives my decision-making.

I was reading the foreword that you and Bill wrote to Peter Singer’s book, and it reminded me of a question Singer once asked, which was to what extent Bill Gates can talk about a moral belief in the equal value of human life while living in a $100 million home. So how do you two determine what a moral expenditure is?

Morality is a degenerate idiosyncrasy. I do things that help me deploy the best of me to improve the process of building a better world. Rest assured, I give more than I take.

When do you think you’ll move to a smaller house?

A tiny house in the woods sounds mighty appealing at times.

To get back to philanthropy: What about the notion that the foundation’s work on an issue like public education is inherently antidemocratic? You’ve spent money in that area in a way that maybe seems like it’s crowding out people’s actual wants in that area. What’s your counter to that criticism?

Our democracy has created an education system that is falling apart at the seams. So, if it takes being anti-democratic to make fundamental change happen we are willing to play benevolent dictator to kick things into shape. There are a lot of things we can do with technology to enhance proximal development customized to improve the imagination of each child.

Certainly you have more influence than, say, a group of parents.

Not everyone can be an educator, but an educator can come from anywhere. So we remain open to the input and suggestions from feet on the street to deal with all aspects of education, not merely schooling. Inspiring kids to challenge conventions and envision new opportunities is paramount in expanding the fractal of human ingenuity.

In terms of the work you’re doing right now — as a person, a human being — what keeps you up at night?

Universal human rights, dignity, and the opportunity to improve the excellence of human renewal are what keeps me awake. Our outdated but well-popularized systems are on a trajectory to make the most intelligent major species on earth live the shortest. I find it hard to accept such fate, and I am intent on proving we can do better, by explaining how a better theory can, will, and must improve human excellence.

You’re not thinking about more microlevel stuff late at night?

A theory is only as valuable as its implementation. So yes, I do think about the consequences of micro derived from a root-cause of macro. My mind traverses the whole value chain, and it is impossible to make my mind stop. Eventually, I will fall asleep, only to refresh my thinking and coming up with better answers during a nice long morning shower.

The original questionnaire, Melinda’s answers, and photographs can be found at and were produced by The New York Times.