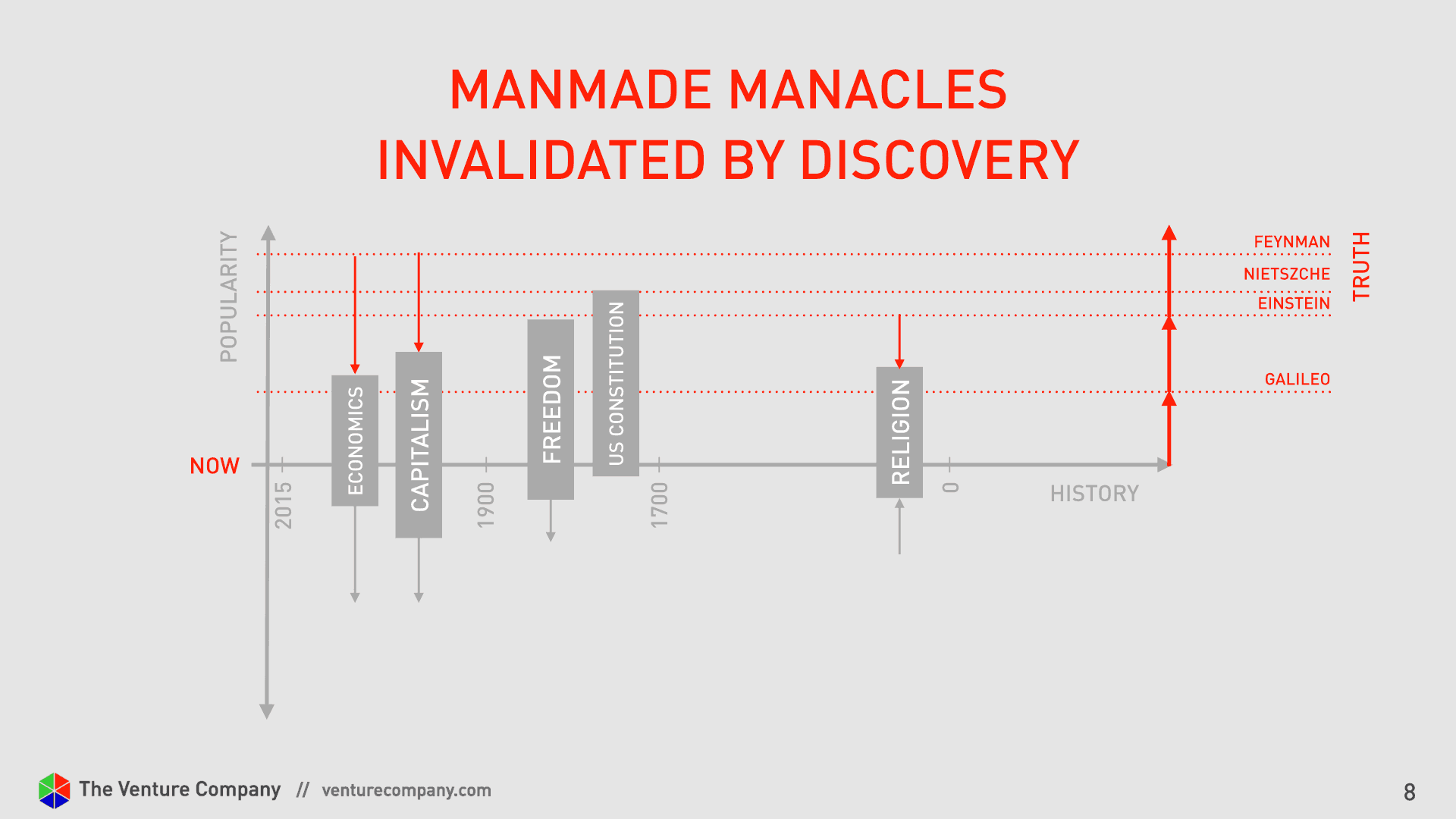 The American Constitution, published in 1776, was an important document at its time, considering its time, induced by and tailored to the urgent need to separate from the reign and tyranny of the then King of Britain.

But our Constitution contains a causal declaration that we now must vehemently refute, with facts we have since unearthed. Discoveries begging for the reinvention of the consequential laws derived from the said constitution.

“We hold these truths to be self-evident, that all Men are created equal, that they are endowed by their Creator with certain unalienable Rights, that among these are Life, Liberty and the pursuit of Happiness.” — U.S. Constitution

In the words of the Constitution, let me submit new facts to a candid world:

Let’s tackle the notion we now refer to the declaration of “all Men” as men and women equally, despite women in those days not at all considered equal to men. I am pretty sure the Founding Fathers literally referred to the male species, as we must embarrassingly admit they treated women like cattle. This conundrum comprises the most apparent reason why the frozen scripture of any constitution must be thawed and reevaluated to meet the test of time. We can now use the excuse that any species is generally named after its male specimen, as in the declaration of a lion as a species to include both the male and female sex. Using similar semantics, Men in this declaration now, thankfully, inferring to include women as well. A change in constitutional interpretation that has become self-evident from quite the opposite.

Building on the first point, the evolution of humanity is not defined by our commonalities but instead, by our meaningful differences. For the unique sequencing of a tiny part of our uncommon DNA is responsible for the very adaptation to a changing equilibrium with nature, we depend on for survival. Hence, we now know, all men, using the expanded interpretation in my first point, are not at all created equal, refuting another self-evident supposition of the Constitution.

“Their Creator.” Unless you are still living under a rock from the sermon on the mount – we now have evidence has not occurred when and how scripted – we must acknowledge the earth (4.5 billion years old) and our universe (13 billion years old) were not created two-thousand years ago with us in mind. And, that manmade theories comprising of no fewer than one-hundred competing gods latching on to grandiose manmade claims leading to monetary accoutrements, all lack grand evidence as to their existence. Indeed, discovery and reason refute any valid causal inference to a creator, thus debunking another self-evident supposition of the Constitution.

“Unalienable Rights”. An unalienable right does not exist anywhere in nature. We have an opportunity – not a right – to live. And a right attributed by and to man can only be obtained from a manmade obligation. Our manmade constitution refers to no trustworthy obligation from which a right can be derived, and thus again refutes our Constitution’s self-evident nature.

“Liberty”. Freedom cannot exist without paradoxical rules to protect an impending vile-maxim of pillage-and-plunder by bad actors from harming the collective freedom we entrust and aspire to. Nowhere does the Constitution define freedom, not in absolute or relative terms, a failure which leads to oligarchic collusions resisting freedom. With enslavement to remuneration of compliance quite the opposite of free and self-evident.

We cannot diminish the value of the Constitution at its time, its implementation responsible for traversing a daring, uncertain, messy, and challenging separation from the harness of British colonization and the shroud of its religion. But times have changed, we know a lot more about the state of humanity than to stick to the stale, aging, and refutable beliefs from over two-hundred years ago.

Our legislation, as a consequence from our Constitution at its cause, must be subjugated to a higher, better, and updated normalization of truth. The truths nature unfolds for us at the pace by which we attempt to comprehend nature.

We must, to reinvent ourselves and as the scripture spelled out, submit new facts to a candid world

Today, the rights and rules of our manmade systems remain loosely coupled to, say, the traffic rules for horses of the 1700s, utterly unsuited to the needs of cars we drive today. Let’s remind ourselves we ultimately report to nature, of which the guidance of our Constitution is, at best a derivative, the quality of our lives directly impacted by the accuracy of our adherence to nature.

We must reinvent our outdated and dysfunctional systems, free them from manmade manacles, and reattach their truths to higher and better normalizations of evolutionary truth. And in so doing, inspire the world with new rigors of excellence we first and successfully apply to ourselves.

One final point of solace, we do not need to change the constitution for us to effect change. The same holes that make the current constitution so weak are the holes we can exploit to effect meaningful change. I am happy to tell you the many ways how.