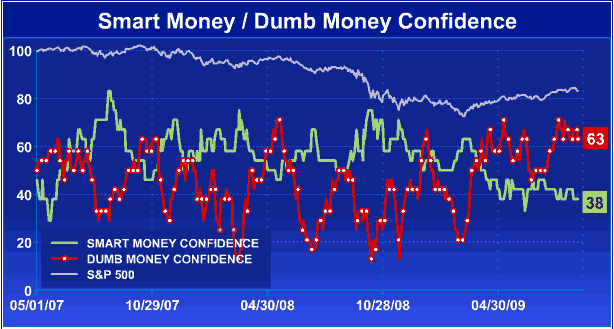 Chameleon Paul Kedrosky speaks from whatever corner of his mouth to now whitewash his association and affiliation to flawed principles.

I was reminded again by how dumb capital has destroyed innovation by listening to Paul Kedrosky’s interview with TechCrunch, in which he concludes that The Kauffman Foundation (which Paul represents as a Senior Fellow) may get out of Venture Capital altogether and deploy some of its monetary assets elsewhere.

Not an unexpected move, as I predicted a while ago many Limited Partners (LPs) as investors in Venture Capital (firms) would make, but a somewhat presumptuous conclusion from a respectable foundation that is supposed to be at the foreground and chartered to support the proliferation of innovation. Foolishly, I expected more intelligence from an entrepreneurial foundation than the intelligence displayed by a run of the mill pension fund stuck in a product of their own making.

Nevertheless, I applaud the move based on how Paul described the foundation reached that impending conclusion. For we need to rid Venture Capital (VC) of Limited Partners who do not understand the foundational principles of innovation the sector depends on, and who do not understand the deployment of its unique risks. Probably for the same reasons why Michael Moritz of Sequoia Capital twenty years ago did not want to see pension funds enter the Venture Capital fray.

Take responsibility for your actions (and in-actions)
First off, the reason why Venture has not and unchanged will not perform (at scale) is because of the financial system Limited Partners in Venture Capital have deployed, one that allows Venture Capital firms to take it for an all too comfortable ride.

We can now all easily blame 95% of the VC firms who do not produce any consistent returns for their Limited Partners, or Limited Partners can ask themselves the question why they created and participated in a financial system that enables such systemic underperformance.

We, as financiers of innovation, need to take the responsibility of how we enabled flawed governance of innovation.

The entrepreneurial foundation, driven by the principles and money from a magnificent entrepreneur, seems to have made the mistake of confusing profound consensus-driven hindsight with the proper definition of innovation; as groundbreaking, yet unrealized foresight.

Perhaps not surprisingly since many of the key figures in Kauffman are economists who could not predict the demise of venture capital until it hit them in the face, and consequently have no idea as to how to fix it – as profound hindsight rarely translates into meaningful foresight. Hindsight and foresight are opposites.

Rather than to accept the outcome in Venture as a fait accompli, only a real entrepreneurial foundation would start to wonder what needs to be done to tap into the incredible entrepreneurial capacity in this country and model its financial constructs accordingly. Not the Kauffman Foundation.

Financial incompetence chokes our country
Now in the grand scheme of things Kauffman is a drop in the Venture bucket, with a potential side effect of dragging down other Limited Partners in Venture who are similarly clueless about how to reinvigorate the arbitrage of innovation. Such atrophy of Limited Partners is a good thing (as it washes out those without proper investment discipline) as long as it is promptly replaced with new Limited Partners who have a more keen and disciplined interest in Venture aligned with the massive greenfield that lies ahead in technology innovation.

The problem is that beyond the danger that Venture as a scalable asset class could unjustly disappear, the malaise of the financial system in Venture may leave a large stain on the potential of the underlying asset, innovation. Already innovation in the U.S. has suffered from twenty years of subprime VC investing that by design can never scale innovative outlier capacity. The damage we already incur is a significant lack of faith, interest, and distrust of technology companies by the public.

Because of the underperformance of the vast majority of Venture Capital firms, many financiers now begin to think that the potential for innovation has decreased similarly. And that stain causes further mistrust in the sector, increases fear and catapults whatever is left in Venture even faster down the subprime spiral and our country into the lost leader of innovation.

Subsequently, the demise of VC creates some opportunities for alternative venture strategies, new Angel and micro-VC oxymorons that further perpetuate and fragment subprime investments and on average perform even worse than VC firms. Subprime at its best.

My recommendations to Limited Partners: